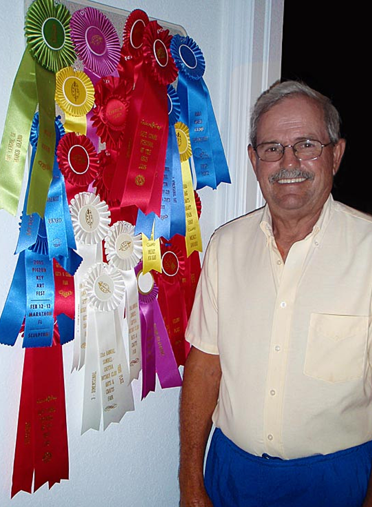 Gilles Peltier was born in Chicoutimi, Quebec, on April 15, 1946. After High School he worked for 12 years as a jeweler/manufacturer and was selling his creations throughout the Province.

In 1980, while pursuing his work as goldsmith, he discovered by accident that the Acrylic could be sculptured.  (He dropped his electric  drill on a Plexiglas display and the scratch gave him the idea to work with this material).

After eight years of research and constant practice on the material, in 1988 he finally presented his work to the public.  His first public showing was in Montreal at the Botanical Garden.  It was a success. After many Art Shows, Gilles is now known throughout Canada and the USA.

Gilles Peltier is a self-taught Artist.  With a steady hand and being familiar in setting diamonds, to give them thousand of reflections, he found a new way to express himself  on Acrylic.  He has received recognition throughout North America and his work is appreciated by collectors from all over the world.  He has won many awards in Canada and in the USA  and is now invited to exhibit his work in the most prestigious Wildlife Art Shows in North America.

He was featured Artist at PBS (Expressions) in April and August 2003.

His work is also included at the Roger Williams Park Zoo, in Providence, Rhode Island,  He has 27 pieces in permanent exhibit in their Education Center since 2004.  Zoo visitors can enjoy the beauty of 27 works of art, all depicting varieties of birds and tropical fish created with incredible naturalistic detail.

His commitment to the preservation of the natural environment was very important to him.  Among the subjects are songbirds, wildfowl, waterfowl, Wildlife, natural scenes and many others.

He was a member of Ducks Unlimited, Audubon Society, The Conservancy, National Wildlife Federation and many others.

He passed away on September 29, 2016 after fighting a brain tumor called GLIOBLASTOMA MULTIFORM after 5 months of illness.  He will be missed by the Art World and all his family and friends.